[UPDATED 6.21.14 WITH STEFAN RUDNICKI’S READING OF MAN OF DISTINCTION BY FREDRIC BROWN]  [UPDATED TO INCLUDE AN INTERVIEW WITH GABRIELLE DE CUIR & STEFAN RUDNICKI WHO ARE NARRATING TWO SHORT STORIES FROM FREDRIC BROWN SHORT-STORY COLLECTION – HONEYMOON IN HELL]  I

‘m excited to participate in Spoken Freely 2014 on yesterday and today; June is Audiobook Month. Here’s a fairly wide-ranging interview with Ms. de Cuir and Mr. Rudnicki covering many aspects of the process of creating an audio book:

The audiobook community is giving back! Spoken Freely, a group of more than 40 professional narrators, has teamed with Going Public and Tantor Media to celebrate June is Audiobook Month (JIAM) by offering Summer Shorts ’14, an audio collection of poetry, short stories and essays. All proceeds from sales of the collection will go to ProLiteracy, a national literacy outreach and advocacy organization.

The entire collection Summer Shorts ’14 is available at Tantor Media.  Fredric Brown’s short story collection, Honeymoon in Hell, from which these two selections are taken is available at Audible, Blackstone and Barnes & Noble and other stores.

Stefan Rudniki’s reading of Man of Distinction by Fredric Brown:

Gabrielle de Cuir’s reading of Too Far by Fredric Brown:

I’m  hosting narrators Gabrielle de Cuir and Stefan Rudnicki reading Fredric Brown’s Too Far and Man of Distinction. Ms. de Cuir and Mr. Rudnicki are the principals behind Skyboat Media. Among their many accomplishments they produced (and were cast in) my favorite audioplay ever, Ender’s Game Alive and Anne Hatheway’s narration of The Wonderful Wizard of Oz. Mr. Rudnicki recently won the Audie award for the Fantasy category narrating Wisp of a Thing by Alex Bledsoe. He also has this mighty praise from one of my teenage boys (having listened to Orson Scott Card’s Ender’s Game, Pathfinder, Ruins as well as other books: “Dad, THAT voice!” Indeed, since his last name is a bit challenging to remember and pronounce for my 3 boys, they’ll refer to him as “You know, the guy with that voice” 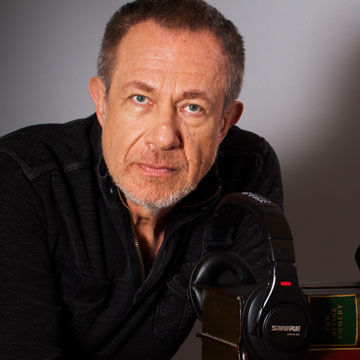 Stefan has produced, directed and/or executive produced over 3,000 audiobooks for Skyboat Media and major publishers including Audible, Inc., Blackstone Audio, MacMillan Audio, Random House Audio Publishing Group and Zondervan. He has narrated hundreds of audiobooks, including non-fiction titles Hubris, Revolutionary Summer and Deep Survival, and multiple fiction titles by Orson Scott Card, Charles McCarry, Alex Bledsoe, Ben Bova, Alan Dean Foster, David Webber/John Ringo and Louie L’Amour. He has been named a Golden Voice by AudioFile Magazine and has won multiple Audie Awards and two Grammys.   Story Summary: This is the story of Al Hanley, a down and out drunk, who saved the human race from alien invasion. Copyright is held by SKYBOAT MEDIA, INC. Recorded with permission. 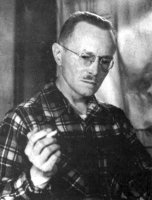 Fredric Brown Fredric Brown is one of the grand old masters of science fiction short stories writing principally in the 40s and 50s. The two stories they’ll narrate are part of a collection Honeymoon in Hell which they produced in its entirety.

ProLiteracy works to provide solutions to low literacy: “we believe that a safer, stronger, and more sustainable society starts with an educated adult population. For more than 50 years, we’ve been working with passionate people and organizations across the globe to build that society—and to create a world where every person can read and write” So stay tuned with more to come; check out the entire schedule of terrific reads. Acknowledgments Summer Shorts ’14 is made possible by the efforts of the Spoken Freely narrators and many others who donated their time and energy to bring it to fruition. Post-production, marketing support and publication provided by Tantor Media . Graphic design provided by f power design. Project coordination and executive production provided by Xe Sands. Nonprofit partnership coordination provided by Karen White.